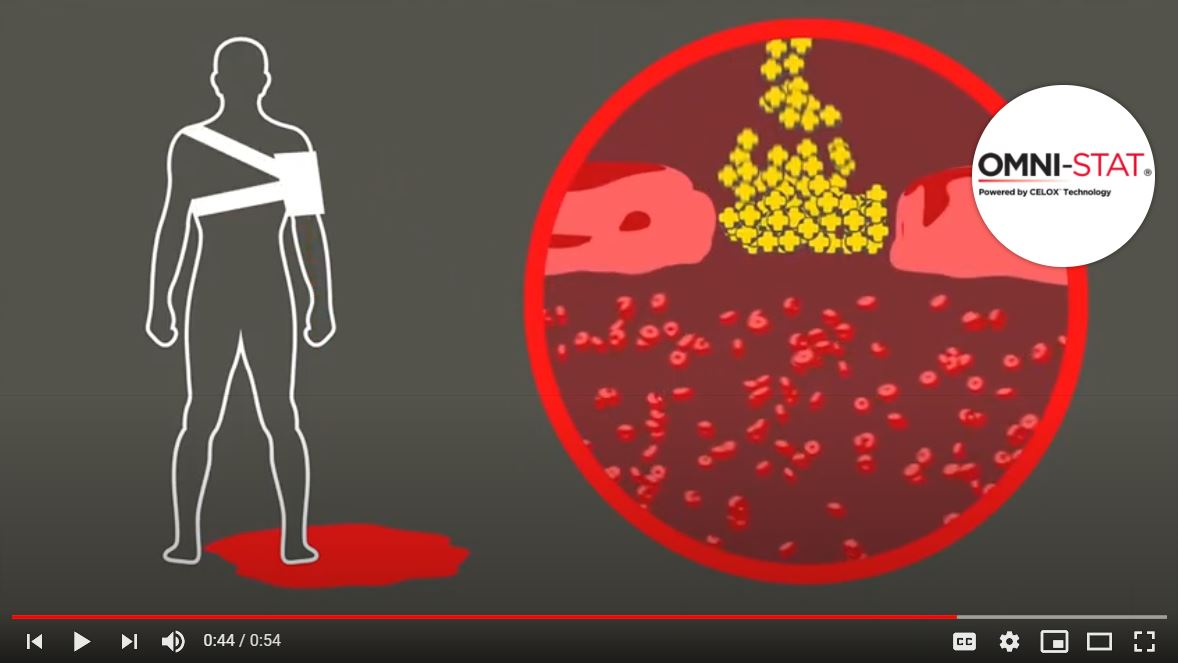 Celox Gauze – How it works, demonstration and instructions for use

Celox Gauze has been incorporated into the Tactical Combat Casualty Care Guidelines as a hemostat of choice for multiple military forces and first aid responders units around the world. Celox has become one of the main products currently used by the UK armed forces. Some hemostatic agents work by accelerating the body’s own clotting factors but these can become compromised in some severely bleeding casualties. Celox is different it works independent of the bloods intrinsic clotting mechanism. Celox works physically at the source of bleeding. Celox Gauze absorbs blood fluid swells and forms a gel like plug that covers the wound and stops the bleeding.

Part 2 – How to Use Celox Gauze

The following training video is a guide to using Celox gauze to pack a wound according to the product indications and packaging instructions.

When responding to a casualty it is important to identify catastrophic external hemorrhage as soon as possible.

Identify the point of bleeding and apply direct pressure to stem the flow and gain control of the bleeding. If blood has pooled in the wound remove the excess using plain gauze swabs or whatever material is available. Celox gauze is indicated for life threatening bleeding.

Familiarize yourself with the product packaging. It has a tear notch at the right corners.

While maintaining pressure on the wound open the pack and remove Celox gauze from the packaging.

Take one end of the gauze and tightly pack the unfolding Celox Z-fold gauze directly onto the source of bleeding. Continue packing the wound while maintaining pressure at all times, feeding in the Celox gauze until the wound is filled beyond the skin level. For larger wounds that are not filled up by a single Celox gauze use an additional Celox Z-fold gauze or another plain gauze to fill above the skin level. As soon as the wound is packed apply firm constant pressure for three minutes.

Visually check for bleeding around the dressing while still maintaining pressure. If bleeding has not stopped reapply pressure until bleeding stops. If necessary cut or tear of excess Celox gauze before securing the dressing in place. Wrap the wound using bandaging or a pressure dressing.

3.       Identify the point of bleeding and apply direct pressure.

6.       Apply firm pressure for 3 minutes or until bleeding stops.

7.       Secure with a dressing to maintain pressure and discard any remaining Celox Gauze. Tuck Celox packaging into bandage.

Celox Gauze is presented in a lightweight low cube foil pack that has a 5 year shelf life and no allergies reported to date. It works with 3 minutes compression. Stopping life threatening bleeding. The technology has been proven successful to stop hypothermic bleeding. Made to save lives.

I'm fine with this